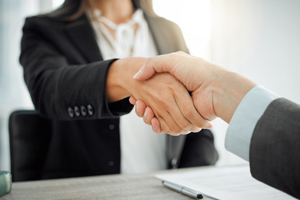 Unum Group, still sometimes referred to as Unum Provident, is a clear disability insurance market leader with roots extending back to 1848. According to its own corporate website, annual sales are in the $10 billion range and the company has ranked first among U.S. providers of group and individual disability insurance policies since the mid-1970s. To understand Unum claims better, be sure to speak with our Unum Disability Claims Lawyer.

Has Unum Unfairly Denied Your Insurance Claim? You Are Not Alone

Along the way, the company has expanded through mergers and acquisitions involving companies such as Colonial Life, Paul Revere, General American and Provident. It is a market-leading player in long-term disability, long-term care insurance, life insurance and other forms of coverage. In the past, Unum Group has come under fire for improperly delaying or denying the disability claims of its policyholders.

In 2003, our Unum Disability Claims Lawyer won a $32 million-dollar jury verdict in a long-term disability case against Unum Group. This case, together with other prominent litigation and investigative media coverage including a CBS 60 Minutes story, exposed Unum claim denial schemes and practices such as providing bonuses and other incentives to employees for “closing” large claims.

Disability insurance denials, bad faith tactics, and abuses are widespread, and our firm is intensely dedicated to pursuing the rights and interests of policyholders they victimize. We are proven insurance lawyers who build the strongest possible cases for our clients and take them all the way through jury trials when necessary to get just results.

Because we do this on a daily basis, our knowledge extends across the spectrum of disabling conditions and strategies used by Unum Group.

The best approach to your case will depend on many factors, such as whether your policy is governed by the federal law known as ERISA or by state law. As your law firm, we will ask the right questions, find answers and relentlessly pursue the results you deserve.

Holding Unum Responsible For Its Actions

A Unum Disability Claims Lawyer at Pillsbury & Coleman, LLP, stands up for California policyholder rights when they have been denied the benefits for which they have paid. We tackle long-term disability (LTD) insurance claims appeals in ERISA and non-ERISA lawsuits against Unum. Unum’s policies include those issued by Paul Revere, Provident, UnumProvident and Colonial Life.

Our firm obtained one of the biggest jury verdicts in the country against Unum (that particular case was a non-ERISA claim) for its mishandling of a long-term disability (LTD) claim, in Chapman v. UnumProvident. In the process, we learned first-hand about the unfair claims handling practices of Unum and other insurers. Read more about that in the story below.

In the 1980s, disability insurers such as Provident (later UnumProvident and now Unum) aggressively marketed “preferred professional” policies, which insured certain occupational specialists, like lawyers, doctors, and executives against disabilities. These policies commanded higher premiums, which could then be invested to earn substantial returns in an era of high interest rates.

In the 1990s, however, interest rates dropped and some of those insured professionals began to make disability claims. Provident suffered heavy losses. Looking back, Provident’s Senior Vice President of Risk Management, Tom Heys, explained in a confidential memo that the problem was that Provident sold policies without regard to the claims it would ultimately need to pay.

While many policies sold during this period were poorly underwritten and underpriced, Provident was in a worse predicament than some other firms. Provident had the largest share of business in certain high-growth states, such as California, and it had been slow to recognize and take action on this deteriorating area of business. Many of the poor-risk cases went to Provident.

According to evidence submitted in court, beginning in 1994, a number of insurance companies (including Unum and Provident) made a concerted effort to reverse their financial losses by denying more long-term disability claims.

Documents revealed that the primary architect of the claim denial scheme was Provident’s Senior Vice President of Claims, Ralph Mohney, a man with essentially no knowledge of how to process a disability insurance claim. He enacted new, aggressive claim handling procedures designed to deny and terminate a much larger number of claims.

The new procedures were so successful in achieving a high rate of denied claims that by 1998, Provident had reversed its huge losses. In 1999, Provident merged with Unum Life Insurance Company to become UnumProvident, by far the largest disability insurer in the country.

Special units were created to handle specific claims. Supposedly the members of each of these units would specialize in the specific types of injuries and sicknesses presented. Yet, all too often the claims adjusters had no special training, education or experience at all. Many times the claims staff failed to understand appropriate claims handling procedures and were not trained to evaluate and understand the medical records which often are the backbone of the disability claim.

Instead, they were instructed to focus on gathering information which suggested that the claimant could return to work. Consultants and in-house medical staff were hired to manage and supervise these claims and their performance was evaluated upon the number of claims terminated or denied.

In fact, many of the in-house medical doctors actually had stock options and other benefits tied to the profitability of the insurance company, giving them an incentive to look for ways to deny claims.

Dr. McSharry testified that his superiors at UnumProvident repeatedly criticized him for expressing his actual medical opinion rather than the opinion preferred by the claims department which could support a denial or termination.

It’s clear from this experience that insurance companies have extensive systems in place to deny even very legitimate disability claims. If you have experienced a claim denial with an employer-provided policy, call our San Francisco office at (415) 433-8000 or send us an email to schedule a consultation with an attorney who can help a disability claim appeal.

If you are facing a long term disability claim denial or other problems with Unum insurance, please contact our attorneys online or call (415) 433-8000 for a free case evaluation.

Does ERISA Apply To Me?
The Standard
The Hartford
Liberty Mutual Insurance