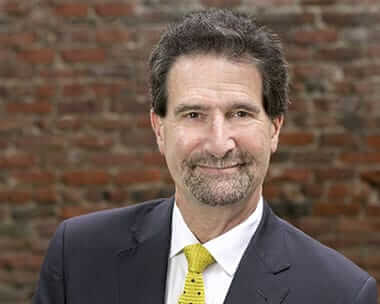 In 2022, Mr. Grossman received the 2022 CLAY Award for his work as plaintiffs’ lead counsel in an antitrust class Action against Sutter Health.

Antitrust Litigation Against Microsoft — Multiple cases on behalf of Microsoft’s software licensees and a separate case on behalf of a competitor for unlawful restraint of trade and unfair competition in the operating system and key business software markets.

Cytec Antitrust Litigation — Represented a subsidiary of Cytec Industries in antitrust litigation against its principal carbon fiber suppliers for price-fixing and illegal allocation of customers.

Chinese Hospital v. California Pacific Medical Group — Represented Chinese Hospital in antitrust and unfair competition claims arising out of exclusionary practices in the San Francisco health care market that threatened the future economic viability of the hospital, its medical group and its health plan — and hindered its ability to serve the surrounding ethnic community.

Bushnell v. Visual Information Service Corp. — Defended client in a $30 million claim arising out of an alleged contractual arrangement with its ex-CEO for a 33 percent interest in the stock of the company.

BioContacts v. Coopervision — License dispute concerning patented contact lens technology developed by R&D client and licensed to the defendant. The litigation included a conflict of interest counterclaim against individual client who served on the boards of directors of both parties.

Gracie V. Gracie — Defended corporate and individual clients in jury trial of trademark and associated unfair competition claims and represented them in pursuing their trademark counterclaims.

Yousuf v. Samantar –– Amicus Brief in the United States Supreme Court for the foreign minister of Somaliland on behalf of the victims of torture performed in neighboring Somalia at the direction of the former Somali Defense Minister (now residing in the U.S.) and supporting torture victims’ appeal of the lower court’s dismissal of their damage claims.